the divine abode of Lord Vishnu in Nairobi,

is perched on the first floor of a two tiered flat, consisting of a Garbhagriha at central Brahmasthana of the Temple layout, which measures 46’.11’’ x 30‘.6’’ and perambulatory passage around the shrine. The Brahmasthana proper, on which the main sanctum is located, measures test test

The Hindu tradition has identified two-fold manifestations of the basic and fundamental energy of the whole universe – the Supreme Brahman-, the two manifestations being, the Space and the Earth. It has been so conceived that the image of Lord Shiva is the embodiment of this subtle Space, called Vaastu Purusha and Lord Vishnu to be the embodiment of the gross Earth, called Vaastu Purusha. That is to say, Lord Shiva is the unmanifest subtle energy and lord Vishnu that of manifest gross energy. As Lord Vishnu is the energy contained in the earth and the worldly objects including us, the invocation of this Vaastu Purusha or Bhoomi Purusha has been in vogue from time immemorial, for the attainment of all the pleasures and blissfulness of worldly life.

The exact measure of the Garbhagriha at the thinnest part, that is, from end to end of the wall is 9’.77/8’’. This is actually the Brahmasthana of the complex. The measure is derived and taken as the wavelength of the principal donor and that of the main deity. The energy waves emanating from the interior of the sanctum will have enormous positive effect on the temple goers irrespective of caste, creed or colour. This temple would ensure and enhance the spiritual power of an individual standing in front of the Sannidhi (Divine presence), the main opening of the sanctum. This energy would permeate the entire complex of the temple. Actually, the benefit that is derived by one and all is this and thus it is considered as the temple of universal appeal.

The objectives of Sri Kalyana Venkateswara Temple of Kenya include but not limited to: 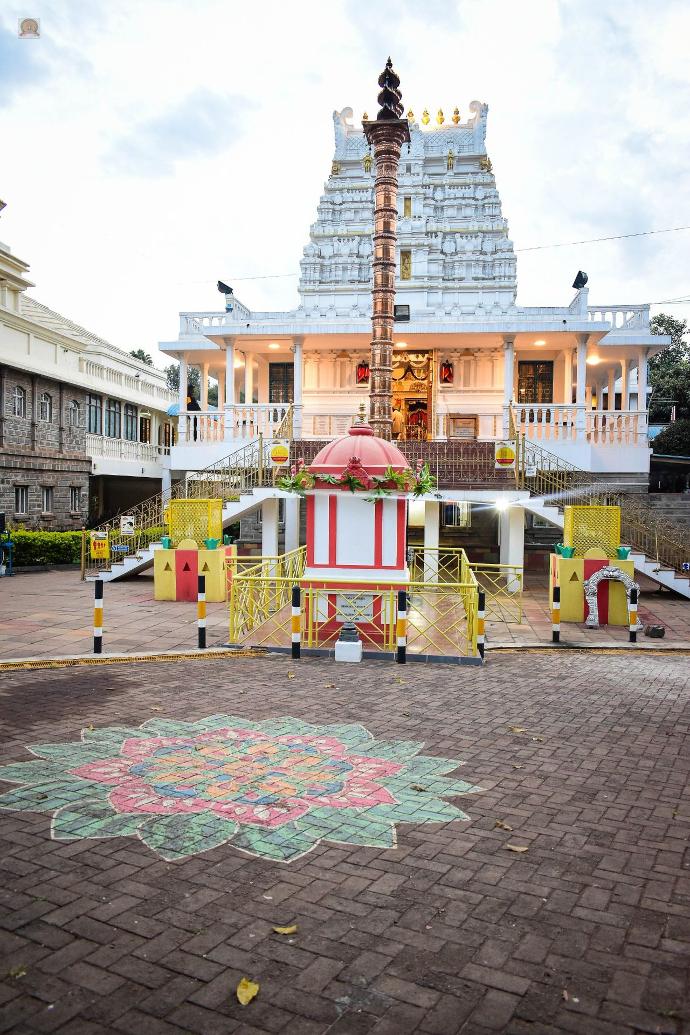 HISTORY OF THE TEMPLATE

The main sanctum is superposed with two-tired Vimanam of height 15’.4’’ with conventional and aesthetical elements. Similarly there is three-tired Gopuram of height 20’.8’’ atthe entrance to the temple. The measures employed in the fabrication of various parts of Gopuram and Vimana are so designed as to resonate with each other and give a symphonic effect to the whole. I have heard that this small temple has enjoyed wider popularity and started attracting one and all – the press and the public.

The space of the main sanctum measuring 9’.77/8’’ is equal to the musical rhythm and the effect of it on human system will be for promotion of physical welfare and spiritual well being. This dynamics of the main sanctum is the secret behind Hindu Temple form and hence this pattern of temple is repeated everywhere in the Indian sub-continent. I am very happy to saythat this tradition is brought to African shores, so that the Africans and Indians, living in this part of the country may also share the peace and prosperity enjoyed by the Indians from time immemorial.